Paul Holmes wins round 4 of the British Championship 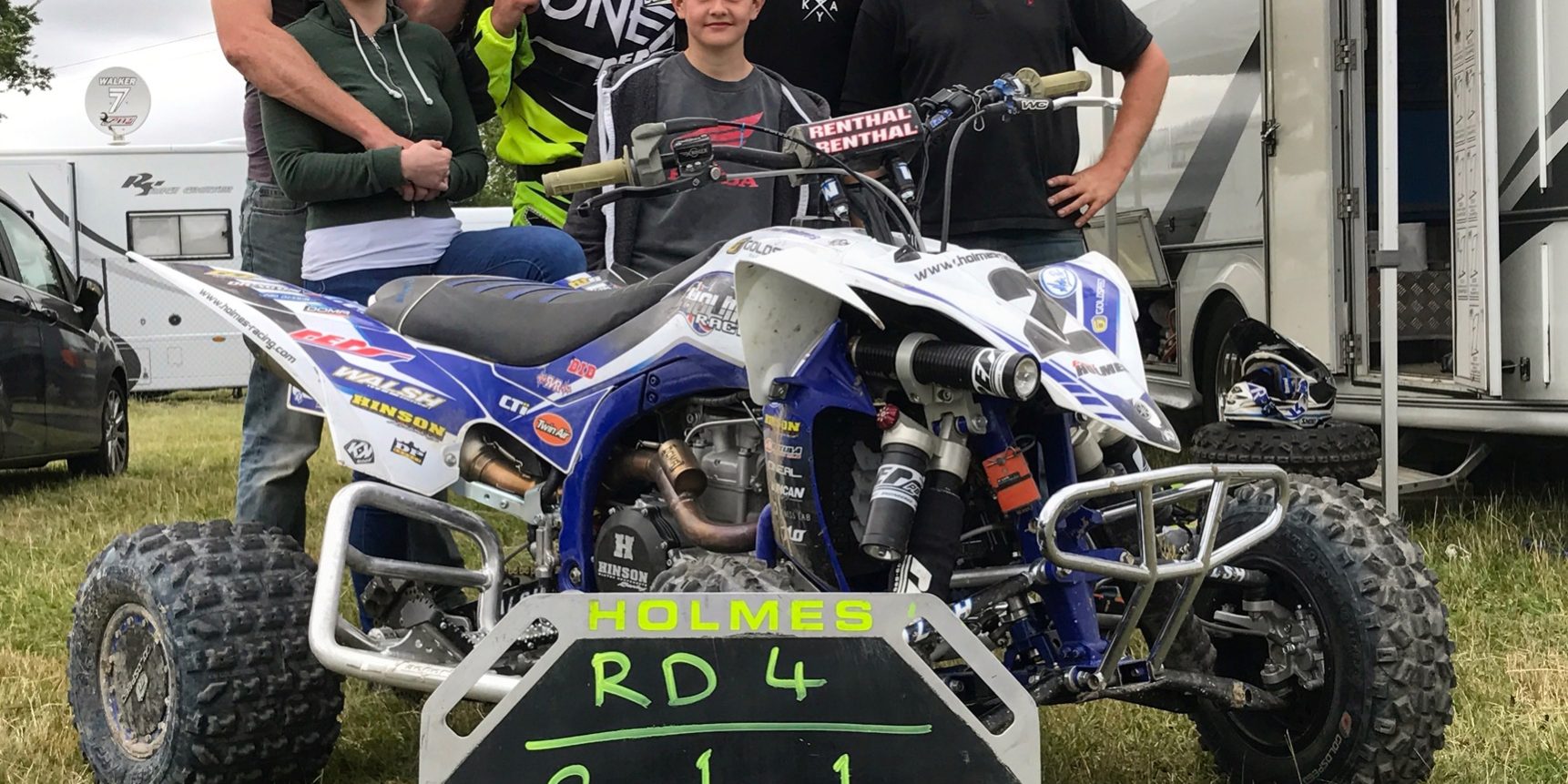 Stomping his authority, multiple British Champ, Paul Holmes, claimed his 3rd overall victory at Round 4 of the 2017 Championship, extending his lead in the Championship standings.

Race 1 – Rounding the first turn in 6th place after an initial good jump out of the start gates, Holmes was very innovative and made up some places as he entered turn two, sliding his way into 3rd place. With an extremely fast pace on the tricky hard pack circuit, it was hard to make places up but Holmes soon found himself in 2nd place by the midpoint of the race and putting pressure on the leader through the 25 minute race which also had rain making conditions very slippery. After losing time whilst attempting to take the lead, Holmes had a small gap to close in the closing stages of the race, reeling the leader in by over 2 seconds a lap, recording the fastest lap of the race on the penultimate lap, but it was 2nd place at the finish flag for Holmes.

Race 2 – The track dry and the rain holding off, it was set to be another fast paced race. Holmes started the race in the top 5 and made his way up to the race leader and again applied pressure, before eventually making the pass on lap 9 of 13 on a large up-hill triple jump into a tight left hand corner. Holmes was able to outbreak his rival and taking the lead and immediately proceeded to pull away at the front, impressively finishing with the largest margin of victory all day ahead by 12.1 seconds, all built up in those last two and a half laps showing great fitness and determination.

Race 3 – Holmes commanded the start of an incredible 3rd race, taking no prisoners as he piled into the first corner, slotting into 3rd place amid the frantic flock of riders. His excellent fitness levels meant even as the first riders sprinted out front, he did not fade and continued his staggering and dominant pace. He moved into second place with ease, and was then on the scent of the race leader. Holmes placed his bike close to the rear of the lead quad, ready to make his pass; but was almost flipped off his bike when the leader faltered on a tight right turn. Holmes kept his composure perfectly, powering over the rolling whoops section into the next left where he was able to take the lead. Making the rest of the race look easy he pulled a gap on the rest of the pack and sailed home to take his second victory of the day, the overall win, and a larger point gap for his lead in the Championship. 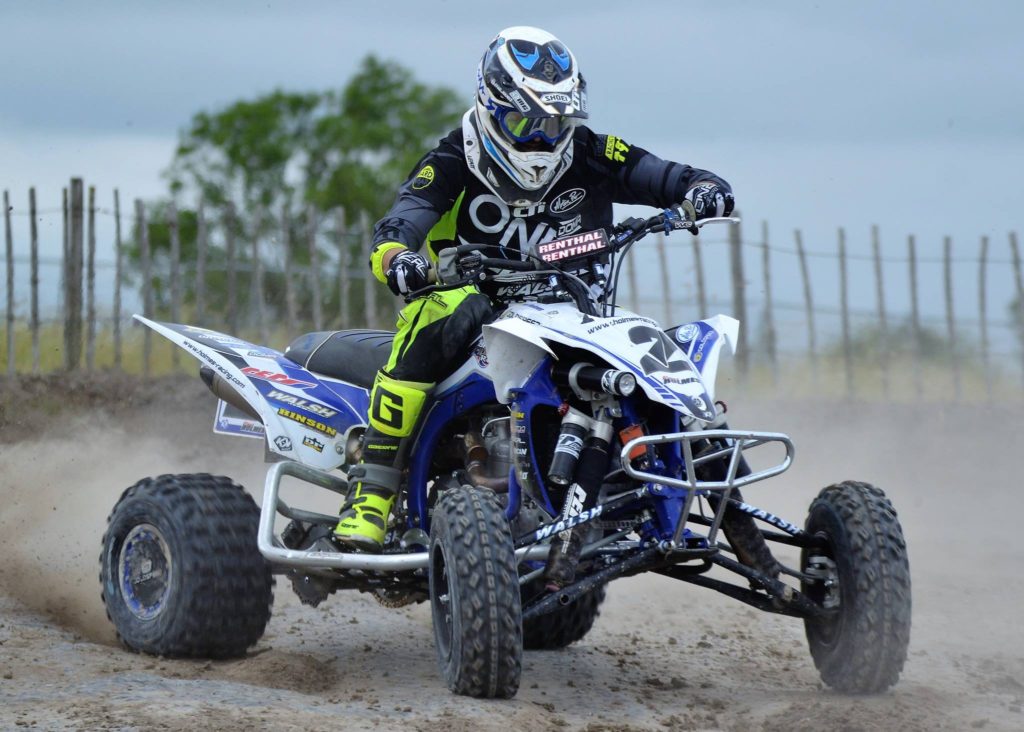 Summary – An extremely happy Holmes showed that hard work pays off and with race results of 2nd, 1st, 1st took the overall win on the day.