HOLMES claimes 2nd at Round 2 of the British Championship 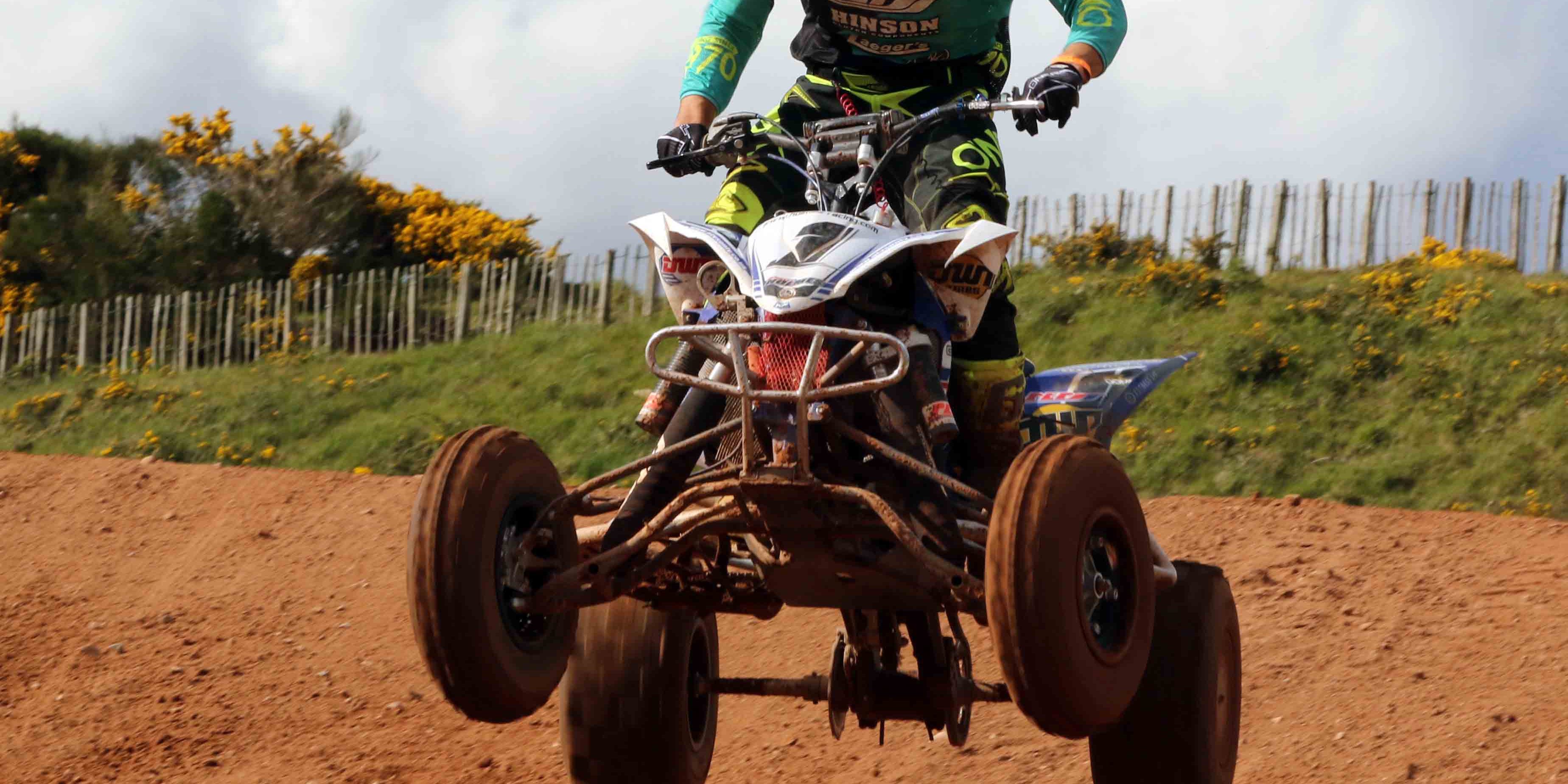 Round 2 of the ATV’s Only British Quad Championship was held at the Desertmartin track, near Magherafelt, in Northern Ireland. After a brilliant opening round of the 2016 Championship, reigning British Champion, Paul Holmes with his red plate signifying his lead in the 2016 series, had high hopes for the rough sand track where he claimed victory last year.

Race 1: Not getting an ideal jump out of the gate, Holmes was squeezed tightly in the pack and rounded the first corner down in 8th place, but he used his experience and race craft to make some quick passes on the opening lap. Getting into the top 5 by the half way point, Holmes continued to push until the flag and managed to make another pass putting him in 4th by the chequered flag.

Race 2: Colliding with a few other riders again off the start, Holmes had another big task ahead of him as he was running in around 7th place into the first corner. With track conditions worsening, Passing was tough and line choices were crucial. Holmes rode smart through the race and conserved energy but still managed to get up to 3rd place by the end.

Race 3: Determined to get a better start, Holmes managed to get a good jump out of the start gates and entered the first corner in 3rd place and then up to 2nd place by the time the 31 strong pack entered turn 2. Holmes began work immediately on the leader and soon made the pass by taking a really tight, smooth line in one of the rough left hand bends. Despite a mid-race battle with the winner of the first 2 races, Holmes’s race experience and fitness paid off in the closing stages of the race when he pulled clear from the field and won with an impressive victory margin of 29.6 seconds despite backing off the pace on the last lap.

The 4-3-1 scorecard for the 3 races gave Holmes a great 2nd place overall, and crucially saw him again on the podium showing great consistency in the early stages of this years Championship. Holmes continues to lead the Championship despite being joint on points showing just how hard fought this series is for the multiple British Champion.

Holmes commented after the day’s action: “I knew today was going to be tough, so to get 2nd overall and that final race win, is a great feeling. There were a lot of local riders at this track who are doing well in this year’s Championship and to run with them on their home turf is great. I am now looking forward to the next round which is closer to my home, and hope to keep the consistency going and take another podium. Thank you again to everyone who makes this all possible, including my family, friends, the team and my ever supporting sponsors.” 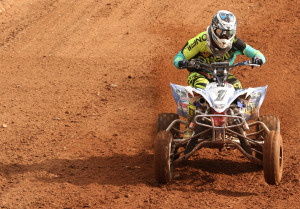