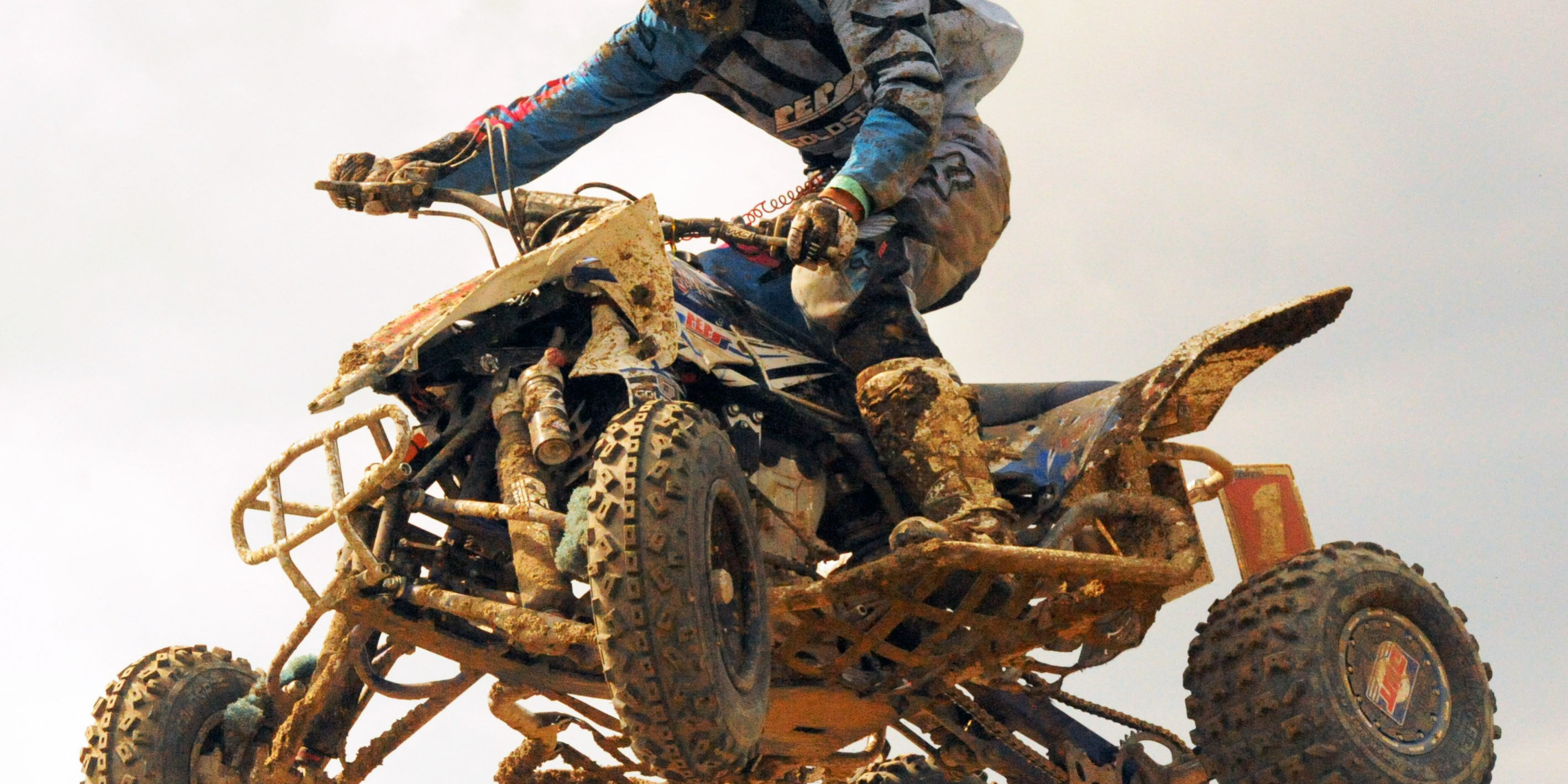 Current British No.1 and 2013 Championship points leader Paul Holmes continued his dominant form at round 3 of the ACU British Quad-X Championship as he took a clean streak of wins making it 6 race wins from 6 starts in this year’s Championship.

Round 3 of the ACU British Quad-X Championship was held at the Grittenham circuit in near Swindon in the south of England. With perfect track conditions, thanks to the organisers on the new hard pack venue which is packed with fast sections and big jumps, and weather conditions reaching over 30°C, the day was going to be tough but was on course to provide great racing action for the spectators who stood trackside.

As the Grittenham track is new to the British Championship racing calendar, championship leader Paul Holmes was on the back foot heading into qualification as he missed the local championship race held at the same venue just last weekend. Holmes’s championship rivals flocked to Grittenham as he attended the North of England Championship race to maintain his lead in that championship. However, It didn’t take Holmes long to get dialled in with the track and, with only minor bike set-up changes required mid-session, Holmes posted a lap time 2.1 seconds faster than his rivals who from 2nd place to 7th were all within 1 second showing just how tight the pack is this season.

Race 1: Total confusion at the start of race 1 left Holmes leaving the start gate 15 seconds behind the pack as he, amongst others got caught out by the lack of time to prepare the gate area. Holmes knew there was nothing he could do except put his head down and charge toward the pack. Holmes laid down blistering lap times, unmatched by any other rider, as he closed in on the pack and began to make passes immediately. At the midpoint in the race Holmes was already up as high as 5th place. Holmes eventually took the lead of the race after some intense battles with only a handful of laps to go and proceeded to the chequered flag to take race 1.

Race 2: A much better start put Holmes in an easier position for the race as he rounded the first corner in 4th place. By the end of the 1st full lap, Holmes was already up to 2nd place and battling early race leader Cooper. Holmes made the pass for the lead and then immediately pulled away from the pack eventually crossing the line 20.968 seconds clear of 2nd place.

Another perfect 1-1 score and a maximum 50 points made it 6 race victories from 6 starts this season in this ACU British Quad-X Championship, Holmes now has a maximum 150 points and a 30 point lead from his nearest rival. 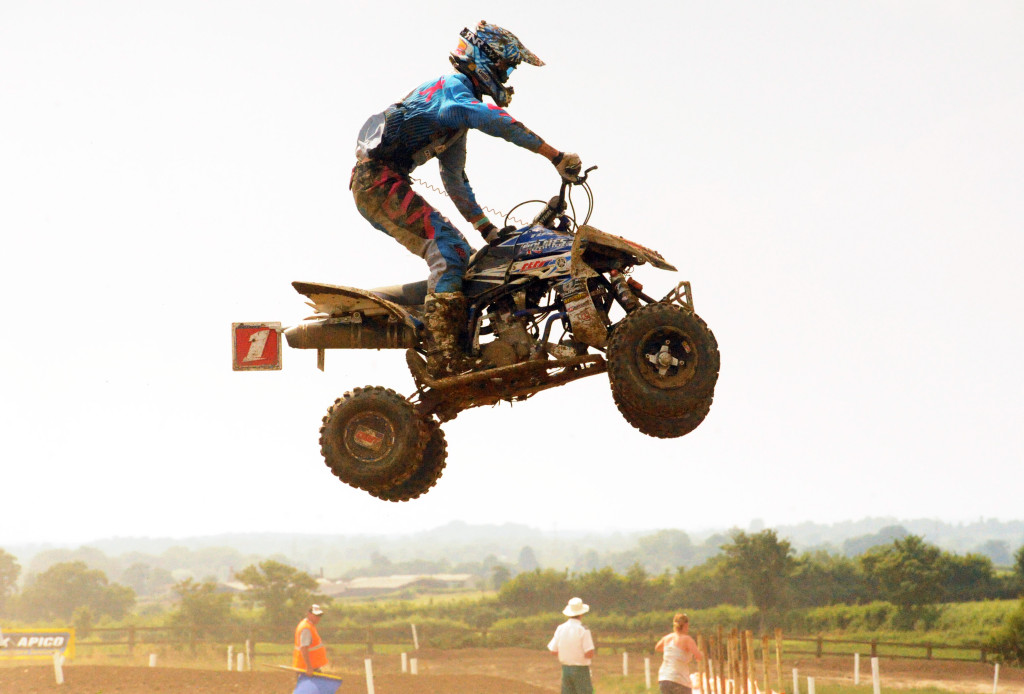 Holmes commented after the day’s action: “I am really pleased with the overall win today. Race 1 was crazy as I got caught out at the start but I was determined to salvage a good result and ended up winning so that couldn’t have gone any better really. Race 2 was a little easier but with the heat we’ve had this weekend, it was still tough. I am riding really well at the moment and the mid week training I am putting in is really paying off. I need to say a huge shout out again to my awesome family, team and supportive sponsors, Thanks!