Paul Holmes has treatment for his Injury 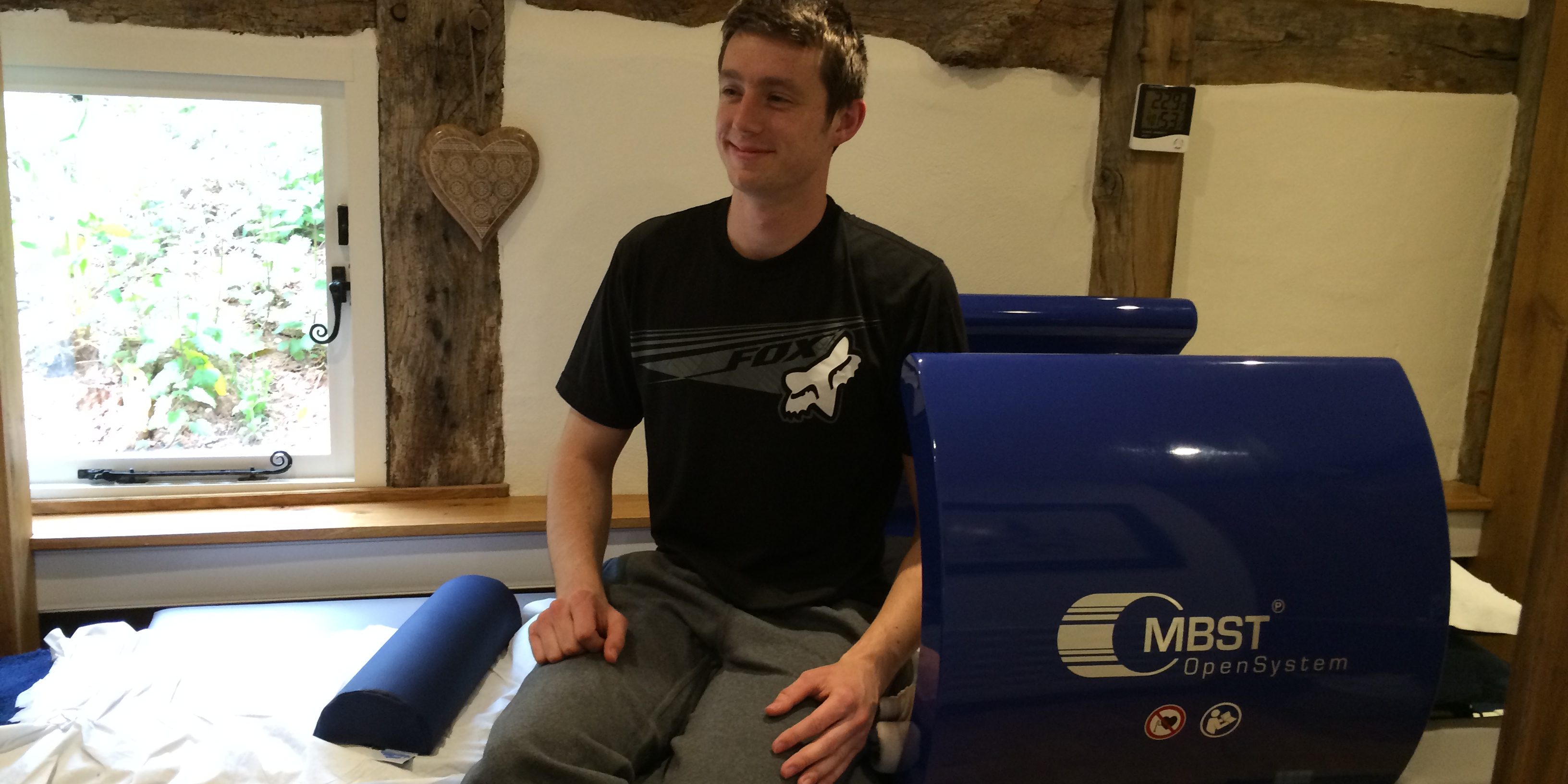 Injured British champion Paul Holmes is using the same new Magnetic Resonance Treatment (MRT) used by moto cross star Tommy Searle in a bid to get back on track quickly.

Holmes missed Round 1 of the British championship opener at Pontrilas after surgery to plate a broken collarbone and repair the lebrum cartilage in his shoulder.

To speed up his recovery, to try and make round two at Foxhills on May 26, Holmes is using the Staffordshire-based Nicky Snazell Pain Relief Clinic recently used by Searle, who broke his wrist at last month’s GP of Thailand.

MRT is a development of MRI, but converted into treatment instead of imaging. MRT stimulates the growth of new bone and cartilage cells, meaning can be used to heal sports injuries more rapidly.

“I will be back as soon as I can,” said Holmes. “I’ve had the broken collarbone plated, though it wasn’t actually dislocated like originally thought. I have also had my labrum repaired, which had a tear in it. The labrum will be the longer thing to heal, but it needed to be done from a previous crash.”

Holmes had made this year’s British Championship his priority in a bid to win a hat trick of titles.

Check out: http://www.painreliefclinic.co.uk/technology/mbst/ to learn more about the treatment Paul is having and to get in touch for any treatment you may need.