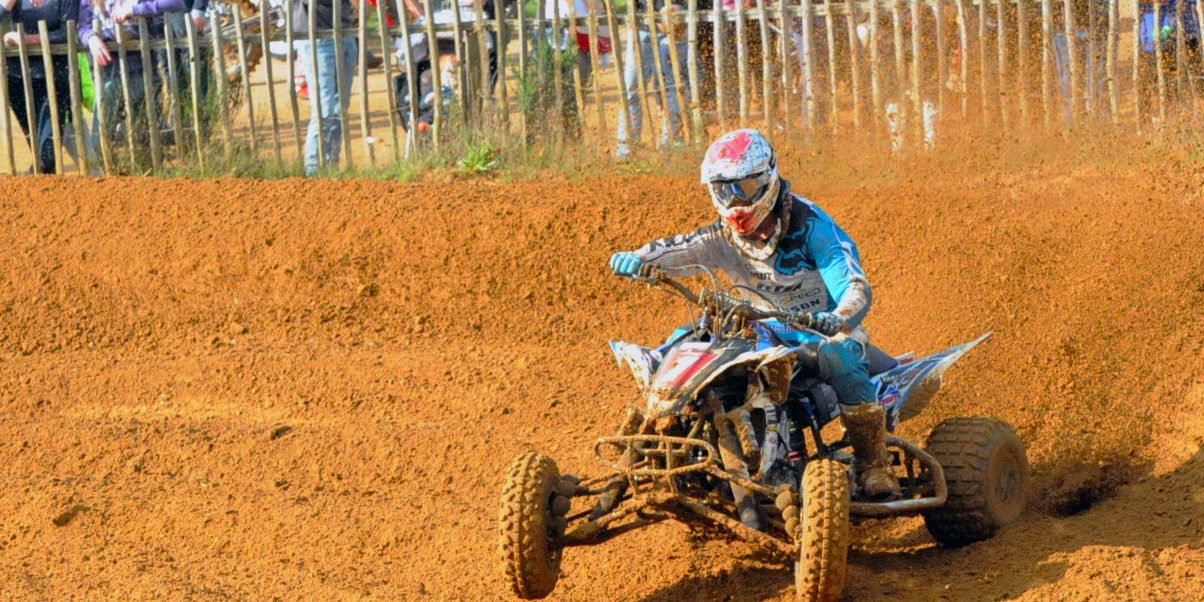 Holmes headed into the final round, hosted by Sidcup & District Motorcycle Club at Canada Heights at Swanley, Kent, with a perfect score of race wins, a maximum of 150 points and a 31 point advantage over 2nd place. It was set to be an exciting day for Holmes, especially as he was heading towards his 2nd National title in the same year. The awesome track was damp and packed with a lot of technical sections which Holmes learnt very quickly in Qualification. As this was a new venue for Holmes he rode smart and steadily in the morning’s joint practice and qualification session to claim the 3rd fastest time and a great choice for the start gate for the two 25 minute + 2 lap races.

Race 1: Getting a good launch out of the starting gates, Holmes headed into the first corner tucked in 2nd place but soon began to put pressure on the race leader. Before the opening lap was complete Holmes had made the move into the lead by riding smart and staying out of the already deep rutted sections of the track and started to stretch out his lead. Holmes stayed calm throughout the race and despite not needing to push still claimed the fastest lap of the race, crossing the line in first place, scoring enough points to mathematically claim the Championship overall victory.

Race 2: Another good start put Holmes in 5th place heading into the first corner and he quickly made some passes moving into 3rd place after the 2ndcorner. Whilst trying to make a new line on the inside of a turn attempting to take over 2nd place, Holmes hit a bad part of the track and ended up flying off the quad and onto the floor. Re-mounting his Laeger’s Yamaha 450 quad in last place Holmes didn’t give up and pushed hard catching back up to the pack. By mid race Holmes was already inside the top 6 and catching the leaders at a good pace, thrilling the spectators with a spectacular performance of supreme racing skill. With 2 laps to go Holmes was in 4th place and despite struggling to get past some lapped riders,  who failed to acknowledge the blue flags being waved, Holmes managed to pass one more rider  settle for 3rd place at the chequered flag.

Holmes commented after the day’s action: “It was a great relief to win the first race today and wrap up the Championship; I knew I had a big points lead coming into today but I was still nervous as anything could have happened. It would have been too good to be true to make a perfect season and I made a mistake in the opening lap of the 2nd race and paid the price. I fell off and had to battle hard to get as high as 3rd but to finish just a few seconds from the leader wasn’t bad going. I rode really well and felt great on the quad. The quads have been great this year and it goes to show that hard work pays off as the team and I have been working really hard all year long. Being a back to back British Champion is great, it is a real dream come true! I must once again say a huge thank you to my supportive family, girlfriend and amazing sponsors who have been with me every step of the way!” 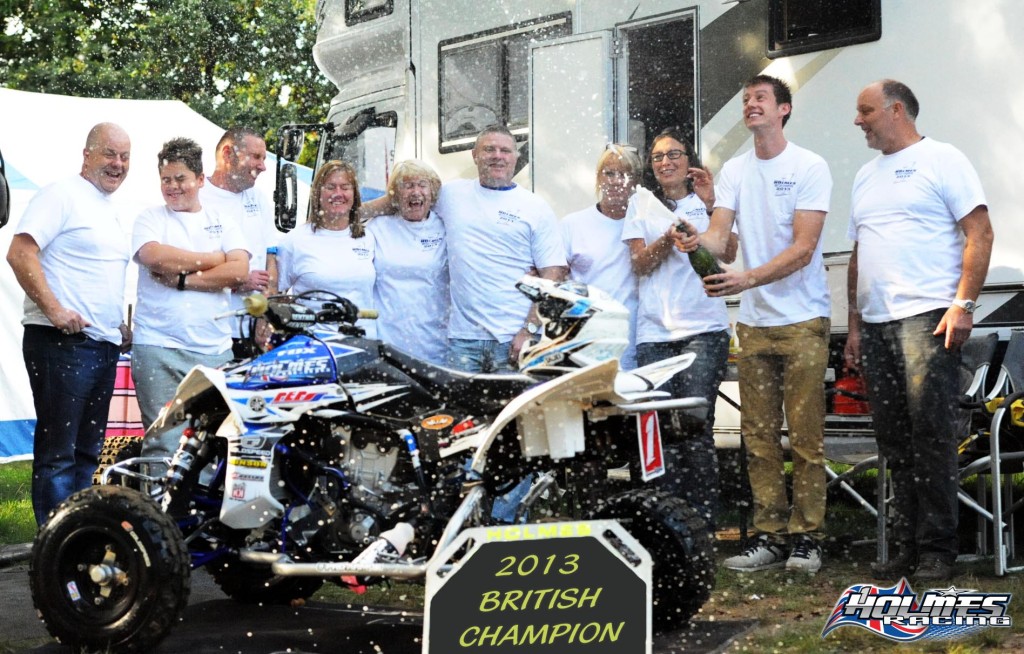