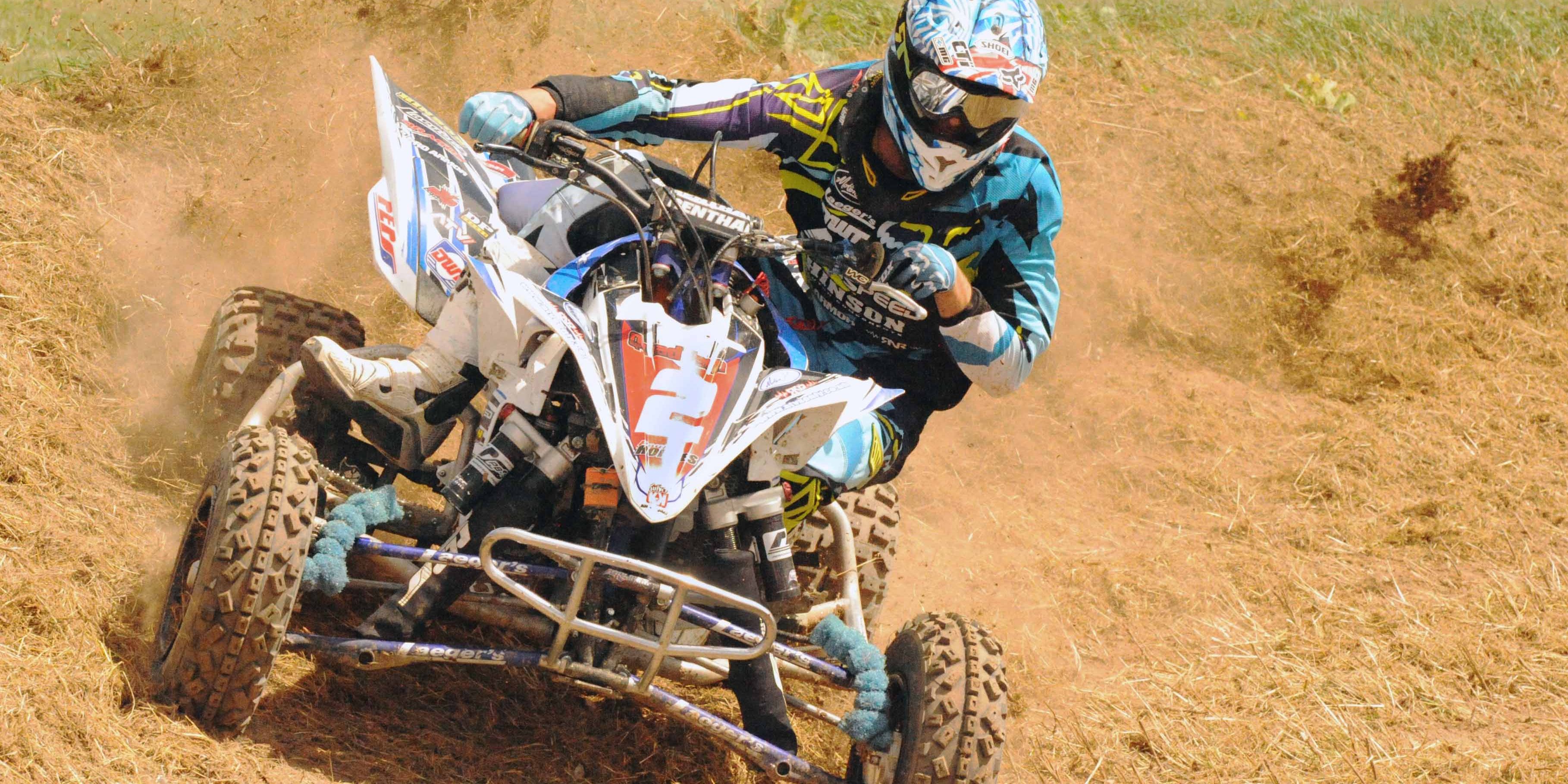 The Motor Cycle Federation sanctioned QMS Nationals British Championship was launched this year and the quad classes have had a stacked gate of top British and Irish riders all year long, bringing great racing to the public and putting on great shows throughout the UK. Last weekend’s event was hosted by Hampshire MX Club at Matterley Basin and was their annual charity event in aid of Leukaemia Busters.

The spectacular Matterley Basin MX track was built in 2006 and has since hosted British rounds of the World MX Championship and the Motocross Of Nations. The track is loved by fans for it’s 360 viewing angles and loved by riders for its intense jumps and amazing race style. The valley allows a fabulous view of the track, with most of the circuit being visible to all spectators.

Just 1 day before this penultimate round of the championship, it was announced that the final round, scheduled for August 11th was cancelled. This shock announcement meant that the racing at Matterley Basin would be all that more exciting. Despite never having raced at this awesome track Paul Holmes was on excellent form once again, confident in his ability to cap off the Championship with another overall victory, winning all but 1 round as he claimed the first ever MCF British National Championship title.

Heading into the final round’s racing action with a 25 point advantage, Holmes rode conservatively in the slippery early morning conditions of Qualification and settled for 5th place which was good enough to get a great gate choice for the 3 races that would lead to his Championship victory.

Race 1: At the gate drop, Holmes flew out of the start and headed straight into the first corner collecting the Holeshot award and proceeded to ride smart out front doing what he knows best. Despite battling with Cooper on the opening few bends, Holmes cleared the chasing field and rode an almost perfect race, staying consistent throughout with his lap times reflecting his strength on the quad at this stage in the Championship. Holmes rode all 12 laps of the 20 minute plus 2 lap race, all within 0.9 seconds of each lap time and took the chequered flag edging ever closer to the Championship victory.

Race 2: Not getting as good a start, Holmes rounded the first corner mid pack and found himself in a small tangle with some other riders as they battled through the first few turns. Finishing lap 1 down in 6th place, Holmes worked hard until the finish settling for 3rd place.

Race 3: Grabbing another great start and Holeshot, and despite a little battle in the opening laps, Holmes proceeded to ride his own race at his own pace. Even though this was the Championship deciding race, he rode hard pushing his way to the finish flag claiming another overall victory and with it the Championship title.

With a 1-3-1 scorecard Holmes claimed the overall victory of the final round by just one single point. Holmes finished off his Championship campaign in style, stamping his authority on the series through his hard work, commitment and dedication.

Holmes commented after the day’s action: “Today has been awesome! I did ride nervous in race 1 and 2 but despite the pressure being on slightly for the last race, I had fun out there and rode much better. I am really pleased with how this Championship has gone, It’s a shame the last round is cancelled but I have come out with the result I wanted so I cannot really ask for much more. My family, girlfriend and team have been excellent all year long and I need to say a huge thank you to them and my amazing sponsors who’ve helped me all season long. I had new PEP suspension in for today as we are testing some new settings and they worked perfectly. I ran new Goldspeed tires for the races and they helped me get out front early and worked great in the varied conditions and all contributed to help me take the overall win! 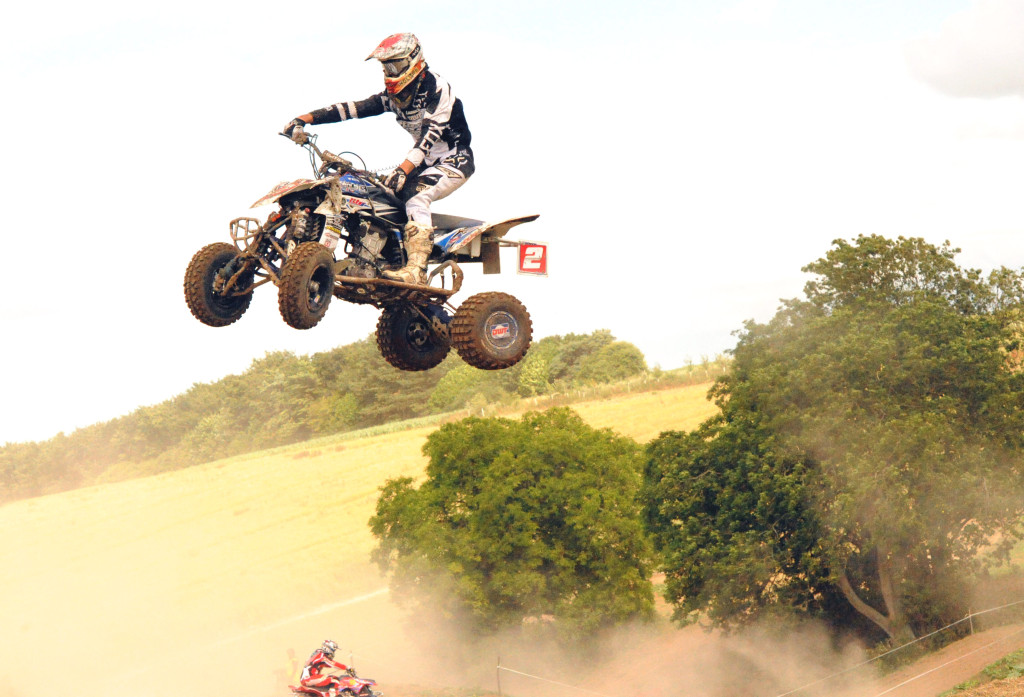