Paul Holmes wins Round 1 of the MCF ATV’s Only British Nationals! 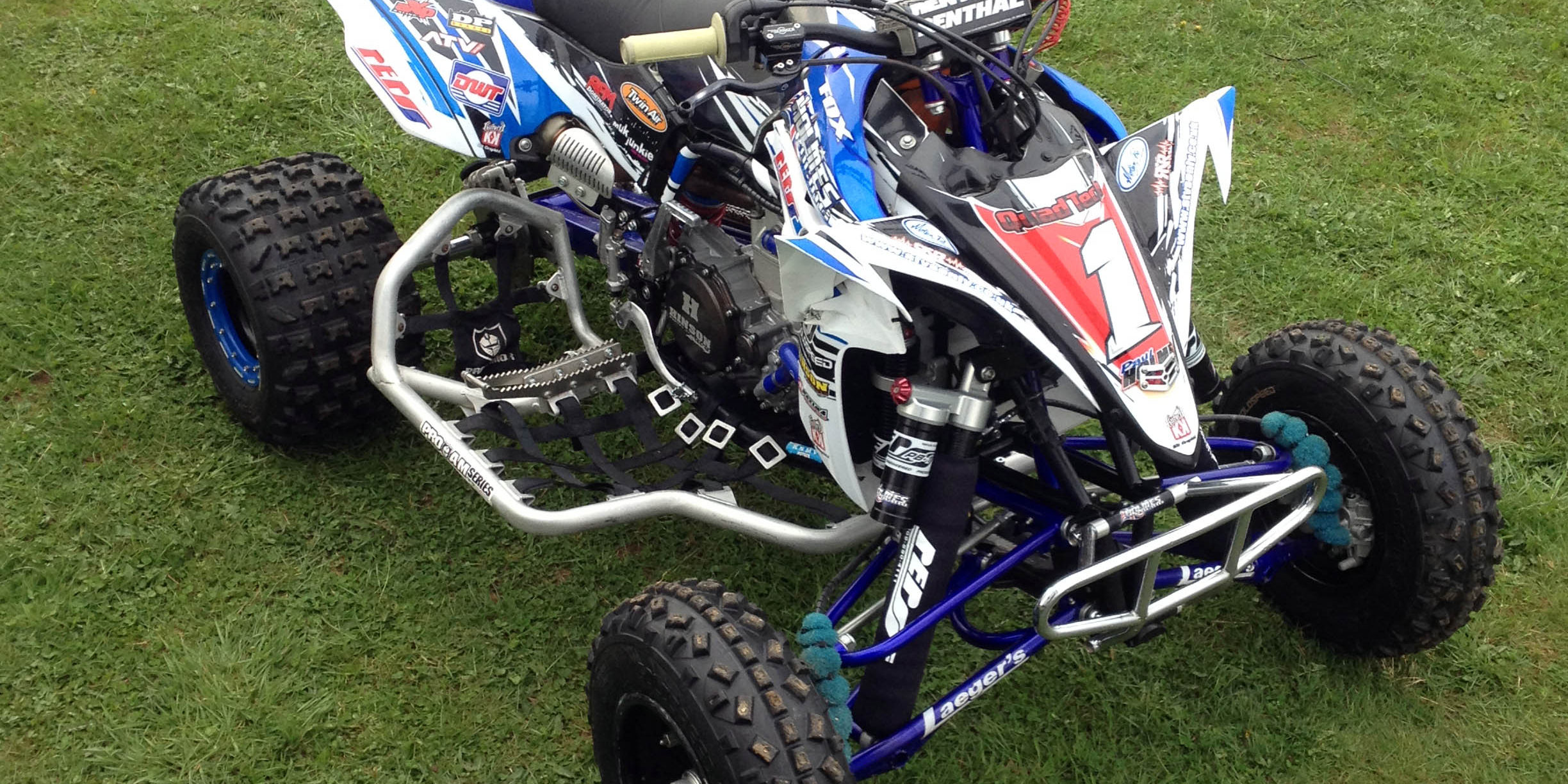 Following a tough off-season due to an injury picked up in late January, current British Champion Paul Holmes still managed to put on a very impressive show as he took a clear overall victory at the opening round of the new MCF ATV’s Only British National Championship.
Whilst training for this 2013 season, Paul unfortunately broke his collarbone and he was sidelined until April as he had surgery to plate and screw the bone. Quickly finding his feet again on the quad, Paul returned to racing form last weekend and took a clean sweep of victories at the Brian Winrow memorial race held by the N.E.T.T North of England club.

This past Sunday 28th April was the opening round of the MCF ATV’s Only British Nationals. A new racing series which offers fantastic racing at prestigious venues throughout the UK. Held at the hillside venue running next to the river Thames, the hard packed based Culham motopark was in great condition headed into the day’s racing. With a group of over 35 riders, Paul headed into the timed qualification session and straight away showed his speed by posting a lap time unmatched by any other rider. As the timed session was in its final stages, Paul tried some new lines and improved on his previous lap and finished the session 0.8 seconds clear of his closest rival.

Race 1: Holmes got a great start and flew straight to the front without hesitation and immediately put down some great laps and claimed the fastest lap of the race in the process. Once the gap had opened up significantly to 2nd placed Bunce, Holmes settled down on the closing lap to cross the finish line in a brilliant 1st place.

Race 2: Rounding the first corner down in 4th place, Holmes immediately put the pressure on the leading bunch of riders. He managed to pick off all 3 riders before the end of the 1st lap, utilising the circuit to his advantage, making passes wherever possible. Despite making a mistake at the mid point of the race, allowing Bunce to creep through into the lead momentarily, Holmes re-gained the lead which he extended until the finish flag claiming another race victory.

Race 3: After being cut up out of the gate by another rider, Holmes was down in 9th place rounding the first corner. Holmes rode smart and picked off the riders in front until reaching 2nd place but he was hindered by a bunch of lapped riders and despite getting close, he had to settle for 2nd place as there was no more time left on the clock. Holmes crossed the line in 2nd place but knew he had the overall victory in the bag.

MCF ATV’s Only British National Championship (Points after 1 round)

1st – Paul Holmes…………………. 72 points
2nd – Paul Winrow 56
3rd – Luke Cooper 56
4th – Carl Bunce 47
5th – Stefan Murphy 45
6th – Mark McLernon 45
7th – Oliver Sansom 45
8th – Justin Reid 44
Holmes commented after the day’s action: “I am really pleased with how today has gone. I was anxious to see how I would rider today with all my time off. I have been working hard on what fitness training I could do, and it looks like it has paid off. It has been a big team effort that has enabled me to take the victory today, I need to say a huge thank you to the team, my parents, girlfriend, mechanic and friends who have all helped with this weekend alongside my amazingly supportive sponsors. I would like to take this opportunity to thank my continuing sponsors and welcome new sponsors to the team for 2013, Maxima Oil, CTI Knee braces, Shoei helmets, Race FX, Feridax.