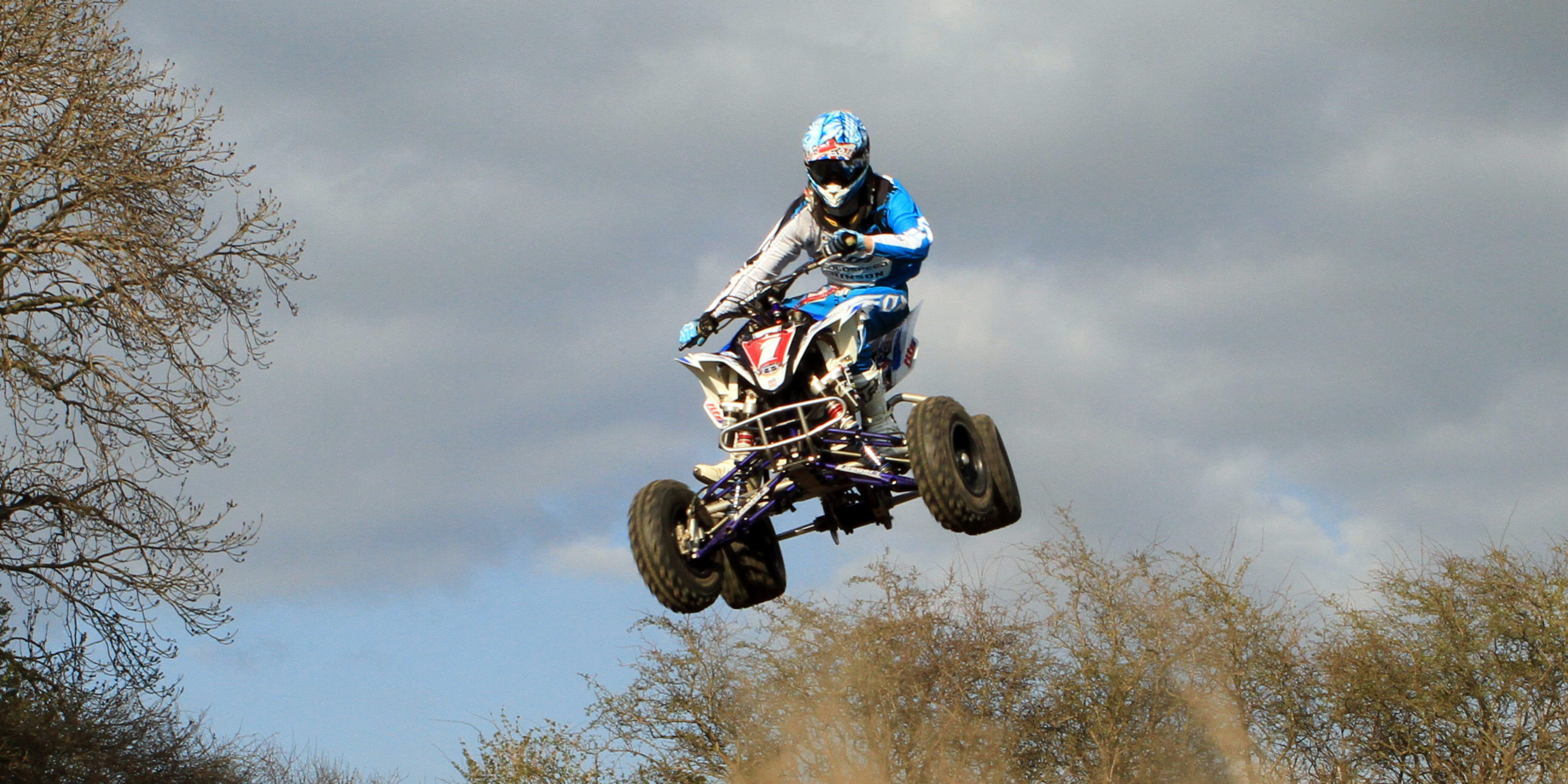 Current British Champion, and 2013 Championship points leader, Paul Holmes continued his dominance at round 2 of the ACU British Championship taking both race wins to extend his points lead to 18.
1 Round 2 of the prestigious ACU British Quad-X Championship was held by the North East MCC at the hard pack circuit at Wooley Grange near Durham in the North of England. The track was prepared brilliantly and with great weather came great support from spectators who lined the trackside.
Wooley Grange, Durham, ENGLAND (30th June 2013)
With a completely new layout to the circuit packed with technical jumps and rhythm sections, Holmes took his time learning the track and preparing for the races. Technical issues in the pitting area, making it impossible for riders to know where they had qualified, cost Holmes the pole position and he settled for a safe effort on the new track which was good enough for 2nd choice of the gate for the two 25 minute plus 2 laps races.

Race 1: Getting a good start and rounding the first corner in 5th place, Holmes kept an advantageous tight line as he passed a further 2 riders into the next left hand bend. Before the end of lap 1 Holmes was already up to 2nd place and battling for the lead. Holmes applied sufficient pressure on early race leader Cooper before making his pass for the lead stick. Holmes then increased his pace and pulled away, taking the race victory 6.4 seconds clear of 2nd.
Race 2: Another good start put Holmes again in 5th as he rounded the first corner, and in 4th by the end of lap 1. Holmes made the pass for 3rd and then battled for the lead with Duke and Bunce. Holmes, in great shape, made light work of passing Duke and then Bunce and had the lead from the half way point in the race, riding comfortably until the chequered flag taking another race victory.
Taking another perfect 1-1 score and a maximum 50 points, making it 4 race victories from 4 starts this season in this ACU British Quad-X Championship, Holmes now has a maximum 100 points and an 18 point lead from his nearest rival. 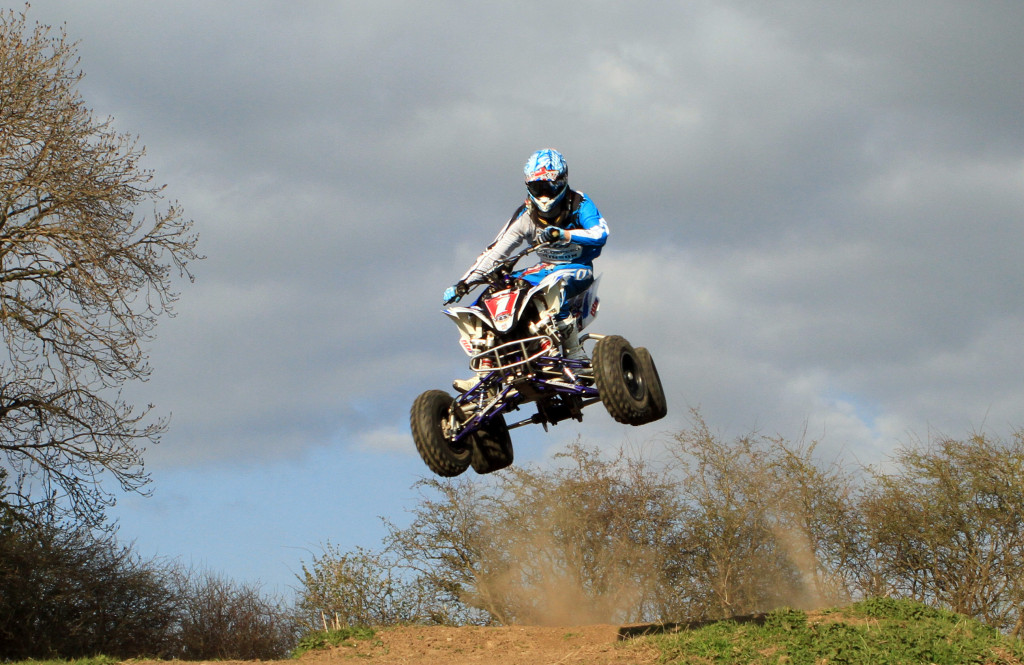 Holmes commented after the day’s action: “Today has been great, I felt really comfortable and rode well in the races and managed to minimize the mistakes on the tricky track and take home another 2 wins! I couldn’t have asked for a better result. My shoulder is feeling better following my operation earlier in the season and I am starting to ride with more aggression. I need to say a huge thank you to my parents, team and very supportive sponsors who have all helped me get here and without them I wouldn’t have been able to be here winning.