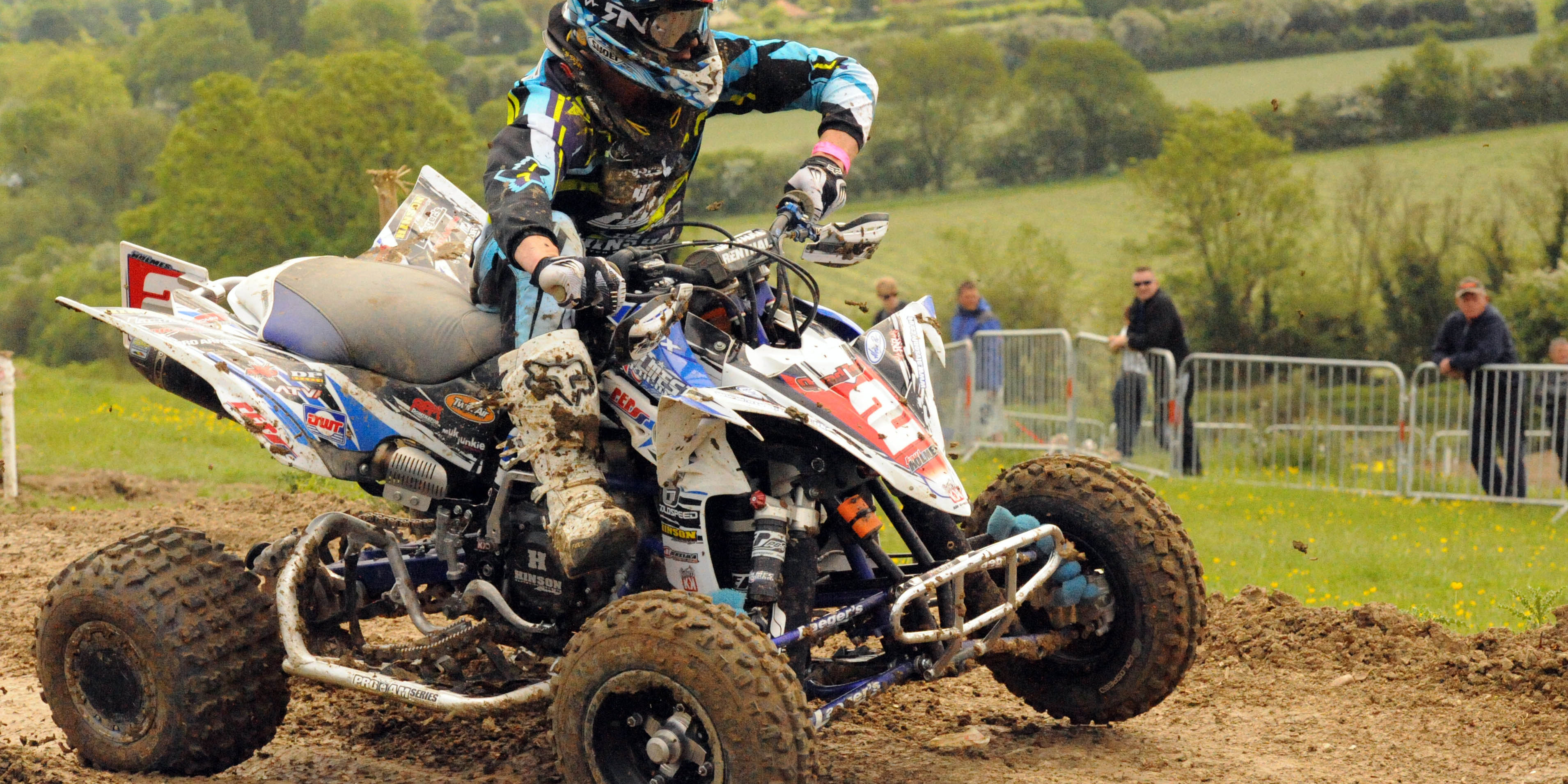 Round 3 of the MCF British National Quad Championship was held this past weekend at the hillside venue of Statford upon Avon. The sun was out all weekend long as Paul Holmes dominated the field taking overall victory and extending his Championship points lead once again.

Wet track conditions heading into the timed qualification session following preparations by the organisers meant line choice was critical. Making room between him and the other riders, Holmes treat the course with respect and after making a mistake free lap he was rewarded with a lap time 3 seconds clear of any other rider. As the session went on and lap times were being reduced, Holmes returned to the track to go quickest again with a lap time which stayed 2 seconds ahead of the field giving him first choice on the gate for the 3 races.

Race 1: Getting a great jump out of the gate, Holmes headed into the first corner in 1st, narrowly missing out on the holeshot as he got hit by another rider causing a big crash. Holmes was thrown from his quad and had to remount as the pack of riders went around him. With the quad upside down and facing the wrong direction, Holmes was 20 seconds behind the pack leaving him with a lot of work to do as he finally exited the first corner. Holmes rode hard all race, making some excellent passes and lapping over 1.7 seconds quicker than any other rider coming through traffic. Holmes eventually worked his way up to a podium finish, crossing the line in 3rd place, just 7 seconds down on the 1st placed finisher and just 1.5 seconds down on 2nd placed Justin Reid.

Race 2: Another great start put Holmes at the front of the field heading into the first corner, luckily not being struck by another rider this time, He exited the corner in an excellent 2nd place. Holmes quickly made the pass for the lead before checking out and claimed a brilliant first place collecting another fastest lap of the race.

Race 3: Narrowly missing out again on the Holeshot, Holmes was at the head of the field and made the pass for the lead within the first few laps. He proceeded to show dominant form and pulled away to a very comfortable lead on the challenging track.

Holmes claimed another fastest lap in the final race and also took the overall victory of the day with a 3-1-1 scorecard. Holmes has now extended his Championship points lead to 25 points. 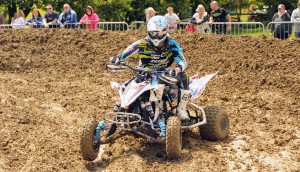 Holmes commented after the day’s action: “I am really pleased with today’s outcome. The qualification was tough but I managed to bag the all important 1st choice on the gate and used it well. I got a great start in race one but was unlucky to get hit by someone which made it difficult to come back through the pack but to be honest, I am just pleased I didn’t hurt my collarbone/shoulder in the accident. I played it safe on the other 2 starts and worked my way to the front and felt really good on the quad. The track was tricky today and traction was key and my Goldspeed tires hooked up and worked brilliantly. I need to say a huge thank you to Goldspeed and all my other sponsors because without them by my side, I wouldn’t be able to be here winning. It is a group and team effort and I need to say thanks again to my family and the team.